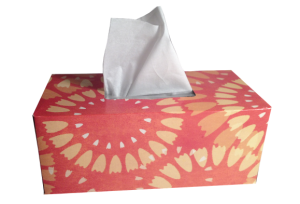 Whilst it is better to try to ignore ignorance, we cannot let Senator David Leyonhjelm’s recent comments about educator’s “wiping noses and stopping the kids from killing each other” and suggesting that early childhood education and care (ECEC) qualifications are an expensive waste of time, go unchallenged.

Here’s what Senator Leyonhjelm had to say:

The world’s pre-eminent economist, Nobel Prize winning University of Chicago Economics Professor James Heckman, says that, for every dollar invested in the early years, between seven and ten dollars is saved down the track through positive outcomes for children’s future education, socio-economic status, and health and wellbeing. Professor Heckman is the man behind the Heckman Equation.

The Heckman Equation totally rebuts the kind of thinking (or lack of thinking) that is behind the Senator’s attitude and at the misinformed source of his outrageous claim. Central to Heckman’s algorithm are five ‘no brainer’ principles – things that every quality early childhood educator knows only too well.

Many major economic and social problems, such as crime, substance abuse, early school leaving, domestic violence, can be traced to low levels of skill and social ability such as attentiveness, persistence, impulse control. Professor Heckman found that, when it comes to the development of human potential, our society is not looking at the full picture. There is too much of a focus on the development of cognitive skills, where intelligence can be quantitatively measured, at the expense of the development of social skills. When social skills are combined at an early age with cognitive skills, they help create more capable and productive citizens. Professor Heckman says that we must invest in the early development of cognitive and social skills in order to create better success for individuals and society.

Professor Heckman found that early nurturing, learning experiences and physical health from birth to age five greatly impacts success or failure in society. The most economically efficient time to develop these skills and abilities is in the very early years when developmental education is most effective. Today’s challenges are real rising rates for early school leaving, a lack of quality in university graduates, increasing rates of obesity and chronic diseases, rising crime and a growing underclass of the disadvantaged. Professor Heckman’s work proves that enhancement and prevention through early childhood development is more life and cost-effective than remediation. It’s time to invest in upstream solutions for future generations while we continue to address today’s problems.

All children deserve to have effective early childhood development. Professor Heckman shows that disadvantaged families are least likely to have the economic and social resources to provide the early developmental experience every child needs as a basic opportunity for future success in school, college, career and life. Providing developmental resources pays dividends for the disadvantaged child and society as a whole by delivering better future outcomes in social and economic productivity, which help people break out of the poverty cycle.

Professor Heckman studied decades’ worth of data from early childhood development programs that break the cycle of disadvantage by giving disadvantaged children and their families resources for the early nurturing, learning experiences and physical health that lead to future success. Professor Heckman’s value analysis of these programs reveals that investing in early childhood development for disadvantaged children provides a high return on investment to society through increased personal achievement and social productivity.

Professor Heckman’s analysis of economic return is based on two long-running pilot programs in the United States, Perry Preschool and Abecedarian. Similar programs in the US, such as Early Head Start and Educare, are founded on many of the principles Professor Heckman has identified as necessary for an effective investment in locally run and controlled early childhood education. The same can be said about the context of Australia’s early childhood education and care system and how it is reflected in the NQF and the EYLF.